' I think the most ridiculous sight in the world is a man on his bicycle, working away with his feet as hard as he possibly can, and believing that his horse is carrying him, instead of, as anyone can see, he is carrying the horse.' ... George Bernard Shaw (from 'An unsocial socialist')

When people raise a counter point to my way of thought and living, how will I take it? How must I approach it? I love listening to politicians after a poll. None of them will tell that their party has lost the poll because people voted against their policies and politics. It is difficult to see our own debacles and failures than to see them in others. That is a million year old problem! 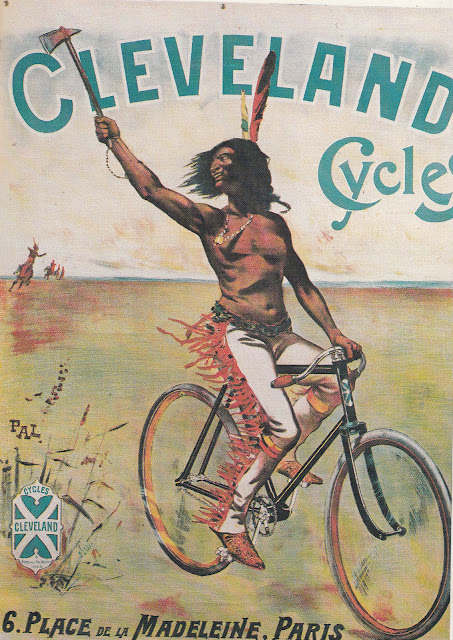 Today I want to look at the above quotation from ‘An unsocial socialist’. Bernard Shaw saw something I never saw… and,  I wish I never knew this quotation! To call myself the  ‘most ridiculous’ would be a far cry to a life style I cherish. 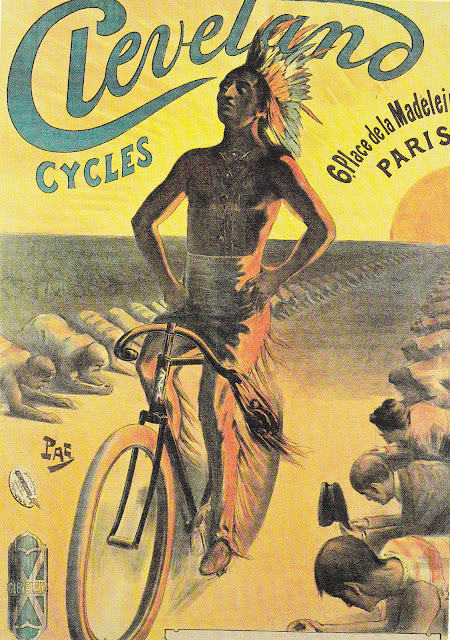 Looking at two classical American cycle posters of early 1900s, I can have a breather from this socialist-criticism of the cyclist. These two cycle poster were designed by Jean de Paleologue, a Romanian artist who contributed some of the finest messages for the cyclists through his posters. In these posters, we see a brave, casually and contemptuously mounted Red Indian, cycling away from horse mounted fellow Red Indians. In the second poster, we see him cycling down two rows of white Americans, kneeling in obeisance before him.
***
Acknowledgements: Posters were taken from Cycling in Posters', produced by Angel Books, Amsterdam
Posted by just as I am at 6:55 PM No comments: