Labourers in the Vineyard 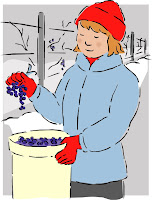 One of the interesting and popular parables of Lord Jesus is that of the Laborers in the Vineyard. These laborers were called for work from the market place. Laborers were very much like those of today: they would be called for work. Else, they will not be doing anything for the day. In this parable, our Lord speaks about the wages which were offered and which were given. The story says that what was offered was given.
I became so much aware of the Laborers in the Vineyard only last Christmas. The Pastorate Committee gathered and we casually decided to distribute the cash-gifts for the Christmas season for the Laborers in the Vineyard, the Church. This is rather mundane. Come every Christmas, we get these cash-gifts ready for distribution. However, this time, unlike any other, there were voices of discontent. The highest authority who was to receive the gift was the first to complain. Then of course, even the casual worker complained. The most interesting thing I noted was that they weren’t complaining of their gifts but were complaining of what the other person had received. “I must get more because the other person who deserves less has been awarded more!” That was the clear message we got. We reworked the gift-pack to distribute them. The noises stopped.
In prayer life, too we can hit the same problem. I may be tempted to say, “ I read the Bible, fast and pray so often. But still, you haven’t blessed me so much. Look my neighbor, who doesn’t even know you name. You have given him more. That isn’t fair Lord!”
The biggest point that we often forget about the laborers in the Vineyard is the point of Grace. After all, it was Grace that called them and pressed them into service. Not merit. Not wisdom. Not power or recommendations. But was Grace alone that called them. When they grumbled, they forgot all about it.
There is one last thought that is left in me about the laborers in the Vineyard: even after 2000 years, their story remains the same, literally and otherwise!!
Posted by just as I am at 5:51 PM