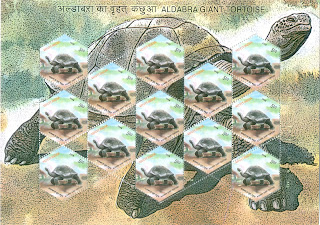 ‘Adwaitya’, that is what people called me.
I came as a toddler to this Zoo. Hence, I don’t remember much of my infancy. I have only heard my story from the people who had come to see me all my life. I have heard them say that a group of British Sailors picked me up off the cost of Indian Ocean Island of Aldabra. They brought me to Sir. Robert Clive. He was big man at that time. The year was 1757 and the land was India. Since then, I was with the British in India. They were my guardians. In addition, they gave me a room at Alipore Zoo. I lived all my life there.
Adwaitya means “the matchless” or unique. Yes, I was unique for a simple reason: 250 years of my life on earth was quite a long one. Isn’t it? I was perhaps the longest living animal in the world. Therefore, I wouldn’t mind anyone calling me anything. After all, people come and they go away! 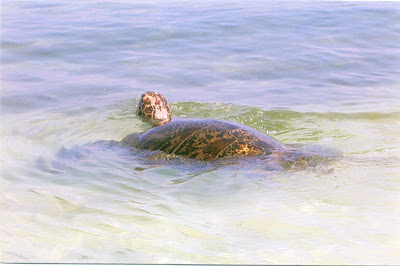 I remained in Alipore to see the rise and fall of many nations... to see many moments flicker away and many dreams come true. I heard lots of stories repeated across generations by humans. Some of them I cannot forget: A man arrived at Galapagos (another island like my parent’s home) to change forever the way people looked at evolution...I heard men speak of world wars, assassinations and bombs... it said that world was a little cruel to some. In my times, I saw people opening the use of a machine called tractor to till their lands... One day I heard about a thinly clad slim man walking about this great land of mine, winning its freedom using a novel method called ‘Ahimsa’...Later I also heard of a tricolour flag unfurled in the ramparts of the Red Fort, declaring this great nation’s freedom...They called it a ‘tryst with destiny’. I saw my own guardians changing hands... new guardians taking me over. Then, a new 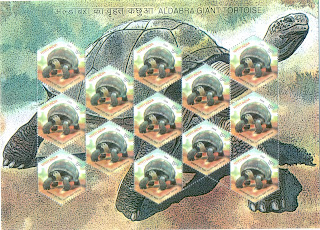 social order called communism arose in Russia...I saw pictures of men ascent Everest...and a nation 7-seas away reaching moon...they called it ‘...a giant leap for mankind’. I saw men quarrelling over cast and religion...they also kill each other due to this! Then they discovered vaccines to keep themselves alive. Somewhere, a game called Cricket emerged... and men and women went on to break sports records in an event they call Olympics. I was amazed when bells rang in offices and people talked to each another through wire-connected ‘phones’. In my times, people changed the way they painted pictures and wrote music... they changed the way they dressed and groomed. A little later, I saw men tapping keyboards and they called it a computer... a machine that ‘programmed’ to work for them. Then an unknown port clerk from Europe, skilled in mathematics, formulated a relation between mass and energy... people at Alipore talked about that too in a big way. All on a sudden, a young woman emerged from the streets of Calcutta to pick their poor and the dying. Later people told me of the fall of a big wall in Berlin and the collapse of communism. Thus, the world around me changed every day... and it goes on changing. Hence, dear friends, I have a long story to tell...only if you will listen.
I was the heart of the zoo...the star of the zoo. Every eye at zoo saw me and spoke of me. Hence, in 1994, I got a larger room... a centrally located octagonal enclosure. Because of the glass enclosure, I couldn’t hear much what people spoke. But I saw them come and go. I saw them amazed looking at me... looking at my longevity. I wonder why no one asked me the secret of it! I loved to tell them all my secrets...secrets of the blue oceans I travelled...secrets of the ages I saw and heard...secrets of my longevity!
My octagonal room was my last home. I remained there for long, until I left you all forever.
***
Pictures : From my collection of commemorative stamps, sheetlets, special post-cards and maxim cards on Adwaitya, the Aldabra Giant Tortoise issued by the Department of Posts, India. The stamp is unique in that they are hexagonal. The perforations have been arranged in the sheetlet in such a manner that the star shaped sections can be taken out, dedicated to Adwaitya, the star of the Alipore Zoo.
Adwaitya left his home forever on 22nd March 2006 after 250 years of journeying with times!
***

All posts are getting interested day by day.I have kept your home page in the front of my browser
shibu

I have seen this old man but never knew there is a full page stamp dedicated to him :) Amazing collection