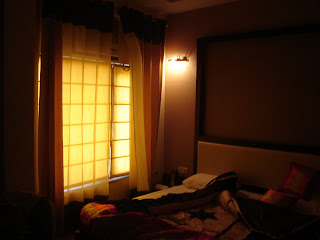 One of the most common usages in English with the word rainbow is the “end of the rainbow”. This usage is often associated with the end of a long and epic journey in material and spiritual sense. The term itself does not give a direct reference to successful conclusion of the referred mission. Yet, the “end of the rainbow” gives a sense of optimism about the future. Nevertheless, the irony is that the rainbow never ends. It is an illusion that the rainbow ends. Hence, when we say that we have come to the “end of the rainbow”, in a way we are saying that the end has never been reached. Alternatively, is it the proclivity of the human heart to dream of successful conclusions that we mesh our thoughts with the “end of the rainbow”?
Illusions and myths are essential to daily living. Moreover, often life is rich with illusion. All the mirages that the world trails after can be the “rainbows” that often reinforce our faith in the value and meaning of life. I have seen people dismissing illusions and myths simply because they cannot find any meaning in it. I would disagree with them. I would say, “Leave myths alone”. Life is a dead end street when the old loses its meaning and when nothing new is expected... life is a dead end street when everything sounds familiar and when our earthly ministry has regressed to a level of daily routine. Many have walked into that street...that empty street where no new words are spoken and no new events take place. It is here that the “rainbow” works. It is here that we open a window of illusions to yearn anew and smile at the past... it is here that we reach the “end of the rainbow” to dream and trek our way to world others know not.
In every arch of a rainbow, “end of the rainbow” ceases to come. That is the joy of life... a joy that keeps life moving...moving on with faith and hope.
***
Posted by just as I am at 10:51 AM

It is in rain, hence cant Read !