Earth is synonymous with life. Seasons ensure that every living things knows the transient value of life... time rolls away, and we ‘roll’ with time. 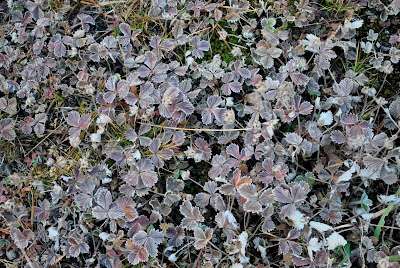 In the rocky plains of Himalayas, the ‘dance of the death’ is the harbinger of winter and it is about to arrive.  The grass and the meadows seem to understand it better. . They turn blue and then brown. The winter will bring the snow cover... the green will totally disappear ... and the pasture will sleep for a while. They ‘sleep a while’ as snow sets in... 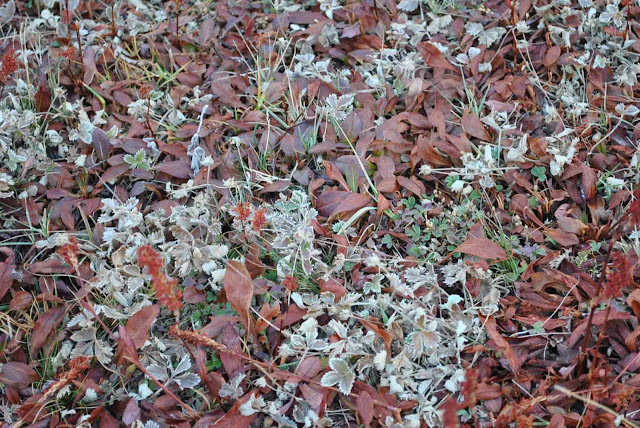 A whistling wind brought dancing
on its twirling toes
the light yet pregnant autumn chill;
and dead leaves a dance of death
did make o’er fallow ground.
Some were tricked to see the image
of infertility . . .
But in the autumn dust,
under the leaves and the whistling wind,
all the seeds, all the seeds were waiting.
Nothing ever is fallow except, at times,
the human mind which cannot grasp fertility.
And there are no pauses ever
in the lithe and joyful dance of life.
*** 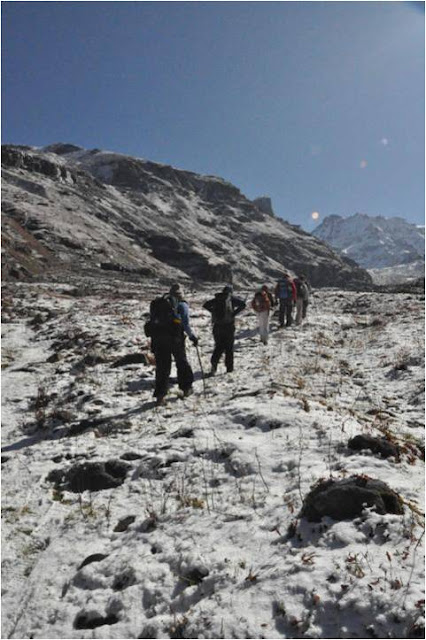 Winter nights on the mountains are different from the summer nights. As twilight creeps in, the temperature drops significantly (-4 to -6°C).
The trekkers struggle through snow to reach the camp. 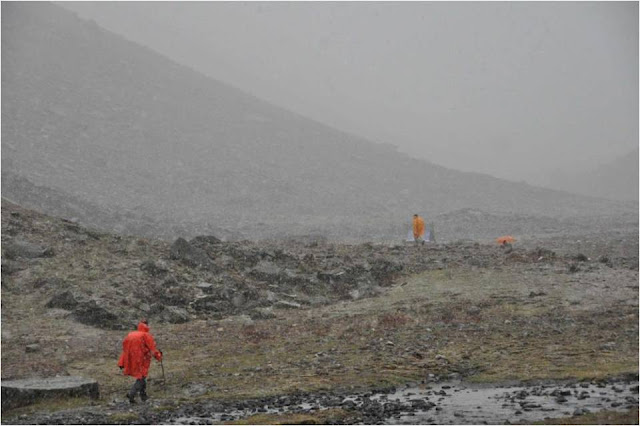 ***
The babbling brooks keep quiet at night. I hear the silence of the brooks for the first time. I don't hear them at Kerala.  Brooks are frozen... they cannot ‘babble’. They are sleeping like the winter meadows for a while. The howling winds alone break the silence... 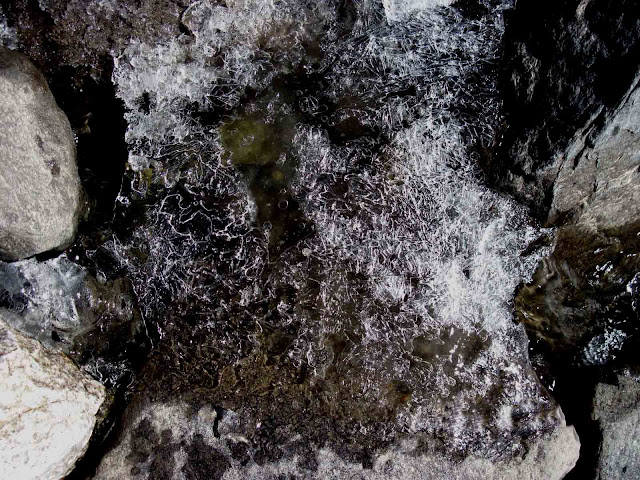 The falling water fails to fall. They stand like elongated needles, frozen from cliffs and rocks. 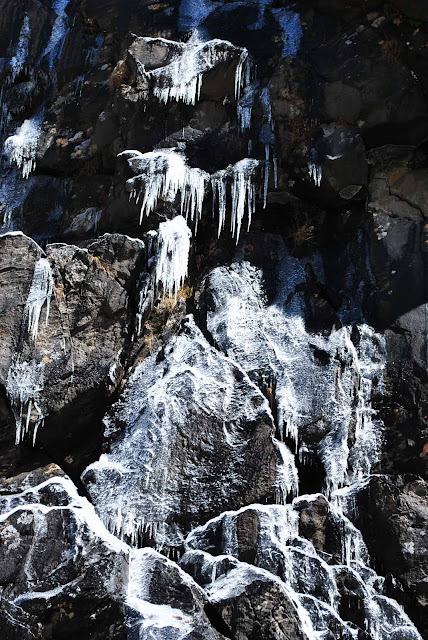 ***
I believe seasons are one of the most mystical elements in creation.
It is a cycle of change...
a cycle of birth and death...
a cycle of dormancy and rejuvenation...
and a cycle of falling in sin and awakening in grace.
***
Poem 'Fallow Fields' by  William Melnyk
Photo location: On the way to Hampta Pass
***
Posted by just as I am at 7:20 PM

True. I too have been enamoured by the change of seasons. I also sense a feeling of mysticism as seasons change. However, stark reality dawns on me and I shudder to think that man is indiscriminately altering climate