… to keep their skirts ON! 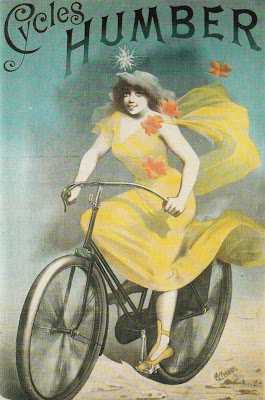 Cyclists of all generations have had their own dress codes. Way back in 1890s too there were strict dress codes:  tight Knickerbocker suits and pillbox caps were the order of men. Women wore classic skirts and designer caps. The correct costume for a bicycling lady was a hot issue.  In 1883, the English Cyclists’ Touring Club recommended the following dress code for a cycling woman:  a woolen garment worn next to the skin, dark gray woolen stockings, lose knickers fastened under the knee underneath a plain skirt, a fitted bodice under the jacket and a hat.
Did you wonder how a woman could navigate the crossbar framed cycles during those early years of commercial cycles? Well, the drop-frame bicycles came to their rescue when they were invented in the US by late 1890s. Women no longer struggled with their flowing skirts over the crossbars!  Should a woman cyclist choose to keep her skirt on, then drop-frame was a tryst with freedom.  Soon, the accepted convention was that a woman would only buy the drop-fame “ladies” cycles. Even the Indian women, with their sarees would have found it almost impossible to mount, but on their drop-frames. 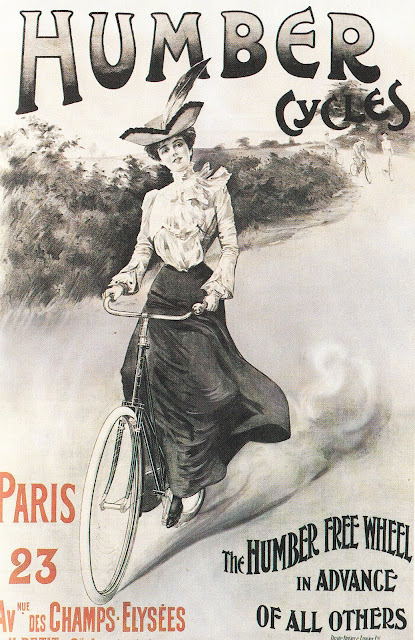 As a cycle lover, I wonder how much the world of cycling has changed since olden days. Like any other art, the art of cycling too has lost some of its color and romance.  Even then, the passion remains… to see the young lasses with bright color skits, flowing away on their cycles.
Posted by just as I am at 4:34 AM