A salute to Marwari... 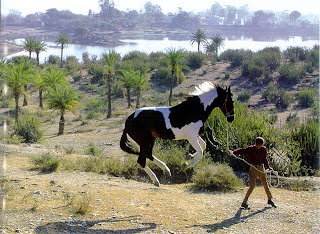 For the famous warriors of Rajasthan the Rajputs, the Marwari will remain indispensible in their stories of valour and chivalry. Marwari is one breed of Indian horse that has captured the imagination and the hearts of every Indian horse lover. For hundreds of years, the Marwari carried not only the queens and the kings, the nobles and the elites but also the war heroes and the brave. From the arid deserts of Rajasthan to the ramparts of Red Fort, the Marwari carried the brave-hearted and the fallen to their destiny. The word ‘Marwari’ means ‘from the land of death’. In its glorious times, the hoof-beats of the Marwari horses were a signal to the enemy of the arrival of fighters ‘from the land of death’. It is said that to know and love a Marwari is to enter into a magical realm of the world of mythical horses... a world where the brave and the audacious galloped their way to make their dreams come true... and a world long lost for all of us to the power of combustion engines and automobiles. 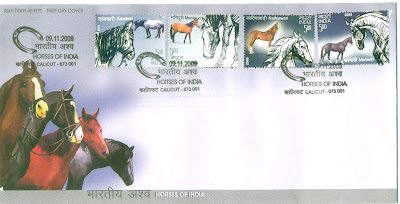 Traditionally, the Marwari horses are warhorses. For sure, no one knows how this unique breed emerged. Most agree that it has emerged from inter-breed crossing of Mongol and Arabian horses. The vitality and the vigour of these horses have always hallmarked it for the battle. In fact, only the Kshatriyas (the fighting cast) and the Royals were allowed to mount a Marwari. For them, these horses were divine. The Rathores, the traditional rules of Marwar, believed that the Marwari horse could only leave a battlefield under one of three conditions – victory, death or carrying a wounded master to safety. The most famous story on that line is that of the celebrated Marwari steed Chetak. In 1546, at the battle of Haldi Ghati, the Rajput King Maharana Pratap lost to army of Akbar the Great. Mounted on his Chetak, Maharana Pratap wanted to flee the battlefield. But Chetak was mortally wounded with one foot severed. Still, he wouldn’t fall to give up his master. Chetak speeded away on his three feet, carrying the king to safety. Then, as he reached a swollen river, he finally galloped across it, collapsing dead, to save his master’s life. According to the legend, Chetak passed away in his masters arms. Later, Maharana Pratap erected a monument in Chetak’s memory at Haldi Ghati. It stands today as a living monument of a great horse’s devotion to his master. 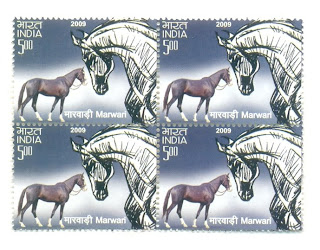 As India became independent, the colourful traditions for which Marwari horses stood became tarnished and insignificant. There was even a common notion to eliminate this breed as it has always symbolised the imperial class. After large scale culling, the purebred Marwari were an endangered breed in the post- independent India. But for the efforts of a hand full of Rajput families and a few horse lovers across the world, India would have lost this marvellous breed from her soil.
Looking at the four sets of beautiful stamps issued by the India Post on ‘Horses of India’, my mind gallops back to the great times of these horses: times when the brave and the rich mounted them for victory and adventure...times when princes mounted them to charm their sweethearts... and times when they were indispensible for a civilisation to tick.

Chetak and his times are lost forever... we can only be reminiscent about it now.
***
Top photo source: the Web
Stamps: From personal collection.
***
Posted by just as I am at 10:09 AM